If you are interested in adopting one of our horses, please click on the Adoption Application link above and fill out the form. Once we receive your form we will contact you to discuss your adoption. We charge a $50 processing fee with your adoption application. Rest assured, that this fee will be applied to the adoption fee if you are approved to adopt one of Wings Programs horses.

All horses that are accepted to The Wings Programs go through a very thorough evaluation process.
The process begins by: Once all needs are identified, a comprehensive rehabilitation plan is developed.

All of this activity is overseen by The Wings Founder Debora Lay. Debora is a professional equine behaviorist and horsemanship instructor. A BLM approved Mustang trainer, Debora has owned and operated LayzD Equine Services LLC since 2003.
Debora specializes in Natural Equine Health Care, is an Advanced Certified Natural Hoof Care Professional and Equine Nutritional Consultant. She has extensive experience in treating metabolic conditions. She has studied and mentored under national experts in these fields and consults internationally herself.

Her horses have been used in the Black Stallion Literacy Project, Reno Rodeo and on award-winning parade teams in addition to various Equine Therapy Programs. An EAGALA Level II Certified Equine Specialist, Debora co-founded Haven’s Horses and has worked with other equine programs prior to starting The Wings Programs Inc. 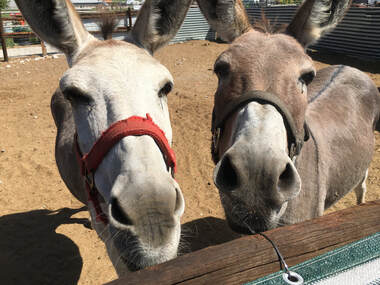 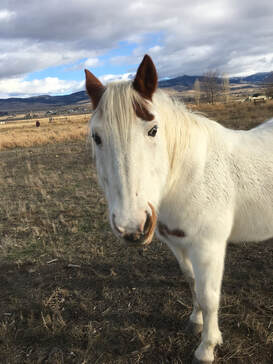 Scooter is a 27-year-old Quarterhorse  who came to the sanctuary with Brighty, a 21-year-old mini-donkey at the end of May, 2021. Debora got a call from a gentleman who’s mother had just passed away, and there were no family members who were in a position to take the animals. He decided to relinquish them to the sanctuary and make a financial contribution to help offset the cost of their care. Scooter had a little arthritis in his knees, but otherwise was is in really good shape and could be ridden lightly with a little tune-up, or be a good companion or kids horse. His companion Brighty was adopted out to a good home in September of 2021, and Scooter was adopted with Badger in April, 2022. 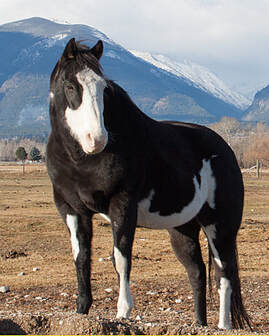 Badger is a 24-year-old American Paint whose owner passed away. A trust set up for the owner’s estate included boarding for her two horses but the family eventually wanted to get rid of that expense. They got a lump sum payout to Debora to help pay for both horses’ care at the facility and Badger came with another horse named Levi.  Levi got adopted locally but Badger has some back issues and wasn't ready to be ridden. He’s been at Wings for 3-4 years and has had a lot of back work done.
He’s a sweet horse, but was hard to adopt out because he's big for a companion horse and eats a lot. People want little horses for companions that aren't so expensive to keep up. The ideal adoption would have been as a companion or for light trail riding. Badger was adopted in April, 2022 to a local family with a lovely ranchette along with Scooter, another Wings horse. 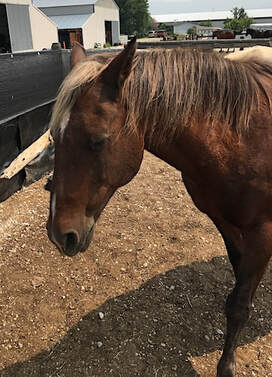 Stetson is a 27-year-old local valley Pony of the Americas that was bought by a woman for her grandkids to ride. Now they’ve outgrown him, as he is pony size, and the owner couldn’t find a home for him. She didn’t want to put him in the horse sale since he’s got good weight on him and she was concerned he would be bought by a meat buyer. She contacted Debora about relinquishing him to Wings also donated some ranch equipment with him.
Stetson is rideable and took some kids for rides here at Wings. One of our other longtime supporters and adopters wanted a gelding companion for her Icelandic mare, so she decided to adopt Stetson and he’s doing well in his new home. 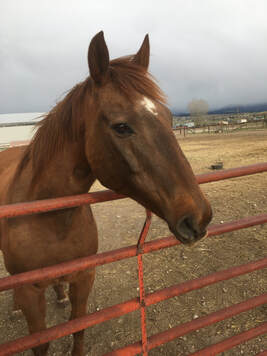 Wilson is a 28-year old Thoroughbred gelding who was rescued by a woman who has other horses, and although she did her best to take care of him, Wilson didn't fit in with her herd and she needed to find him a home. He'd had some vet care but was very underweight. At Wings he got  mash three times a day and all the hay he wanted. With this food program, his ribs were no longer visible and his chest and withers areas filled in. Wilson become more friendly and sociable and less food focused at time went on. We're happy to say that Wilson was adopted in April 2022 by a long-time Wings supporter and friend and is doing well in his new home. 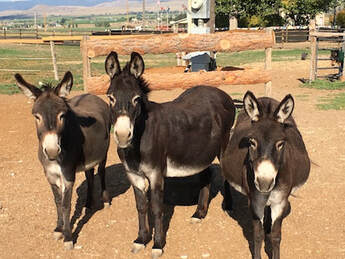 This family of donkeys came into the sanctuary at the end of May, 2021. The woman who owned them passed away and her husband didn't know how to care for them so he left them on their own in a field. They couldn't be caught to get hoof and dental care, and they became overweight from eating too much rich grass.  A neighbor who knows Debora called and asked if she would take them, so Debora brought them to Wings. Volunteer Terri and her Donkey Team of Ann and Mary spent a lot of time with these donkeys to socialize them and get them to the point where they could be haltered and led, which made them adoptable. They were adopted in February of 2022 to a very good home. 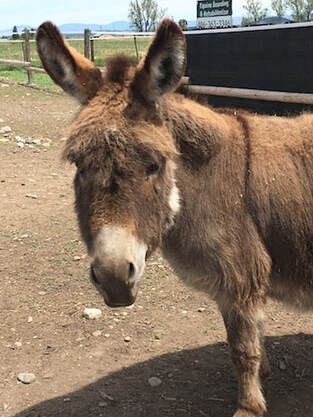 Brighty is a 21-year-old mini donkey who came to the sanctuary with Scooter at the end of May, 2021. Debora got a call from a gentleman who’s mother had just passed away, and there were no family members who were in a position to take the animals. Brighty was overweight but otherwise in good shape, and was adopted in September 2021 by a long-time volunteer and Wings supporter. We are so pleased she found a good home so quickly. 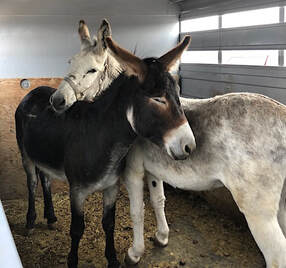 Francis and Gibbs were BLM auction donkeys that came into Wings in 2019 with Nate. The three pals needed to be socialized and halter trained, which has been a gradual process. In the fall of 2021, Francis and Gibbs were adopted out to a new owner who is a very successful donkey trainer, and they are off to a new life in Eastern Montana. Terri, one of our donkey whisperers, caught this sweet photo of them after they were loaded onto the trailer. They will be missed! 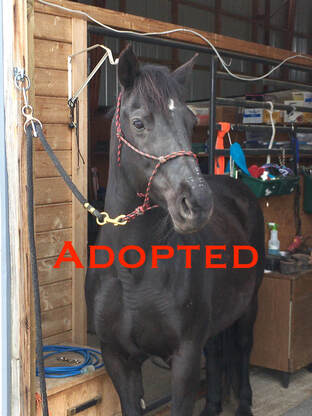 Freckles was relinquished to us on April 25th, 2021. A local veterinarian contacted the Wings Program to ask us to check on the horse and possibly take her into the sanctuary. We evaluated the horse and asked the owner to relinquish her because she wasn't in a good situation. She needed her hooves trimmed immediately, with sedation as she was very skittish. She needed to have her teeth floated as well as other deferred maintenance and standard horse care. She is a 9-year-old MorganXFjord. At the end of May, Freckles went to a foster home with a family who would be able to train her properly. They took her on a 30-day trial to see if she would be a good fit for them. Happily, they decided to officially adopt Freckles and she is now in her new home.